In his studio filled with boxes of found objects, Marek Piasecki constructed his own universe using techniques that brought his photography closer to printmaking and assemblage. However, he was also preoccupied with documenting the reality of post-war Poland through the means of documentary photography.

Marek Piasecki was born in Warsaw in 1935, and he and his family moved to Krakow after the Warsaw Uprising of 1944. During WWII Piasecki learnt drawing and painting, and during that time he also received his first camera. After the war he enrolled in a public school, and then interned at a photography lab (1948-49). During that time, he also visited Krakow Schools of Art. And Fashion Design where he learnt new painting techniques, and met some of the members of the Krakow Group.

Shortly after getting admitted to Jagiellonian University (1952) Piasecki was arrested for political reasons and sentenced to six years in prison. Due to his health problems he was freed in 1953 and spent most of his time in sanatoriums, where his primary occupation was photography.

Socialist Realism imposed by the Communists in the 1950s did not impend the development of Polish underground cultural life. In the 1950 and 1960s Piasecki had numerous group exhibitions and solo shows in Polish art galleries. In 1955 he continued his university studies and became friends with Miron Bialoszewski, a known Polish author, and photographed his theatre plays. In 1958 Piasecki became a member of the Second Krakow Group. His works were published by artistic journals such as “Fotografia” but he was also a photojournalist for “Tygodnik Powszechny”, “Stolica” and “Swiat Mlodych”. In his documentary practice he was inspired by ‘noir realism’: documenting the grey, seemingly visually uninteresting reality, inspired by Italian neorealism. In 1967 he moved to Lund, Sweden, where he exhibited some of his works that year.

In 1955 Piasecki produced his first photograms, which he called heliographs. They were based on an artistic technique developed by Man Ray in the 1920s that involves placing objects on photographic paper and exposing it directly to light without using the camera. This means the area covered by the object is white while the exposed parts are dark. The artist himself once called his method “chemical painting” through the use of light-sensitive materials: his “miniatures” involved ‘painting’ with chemicals onto photographic paper, exposing photos to heat, as well as using ink and collage elements. He often constructed their frames using found wood. Between 1955-1959 the artist began to create assemblages through placing found objects in special boxes. His studio in Cracow was filled with boxes of found objects, mostly dolls, and turned into an artistic habitat that Piasecki often photographed. Later on, Piasecki exhibited his collection in My Room in Lund and My Room in Södertalje in Sweden.

Dolls are one of the most important works of the artist, whose bodies were often deconstructed and then put in boxes or framed: either a symbol of oppression or protection from the outside world. The unsettling results of these experiments can be tied to the artist’s tragic childhood experience of war that changed his perception of human body.

Margaret Iversen states the artist’s whole body of work exhibits the „aesthetic of containment”: she argues that Piasecki’s boxes within boxes, his emphasis on framing shown in his documentary photography, the collection of found objects, as well as boxed assemblages, all signify his need to preserve „what is in danger”.

In 2008 Zacheta National Gallery of Art in Warsaw hosted a major retrospective of his work. Since then, his work has also been exhibited in Paris (Paris Photo, 2011), London (Mummery + Schnelle, 2014) and Poznan (Piekary Gallery, 2016), and can be found in collections of the National Museums in Krakow and Warsaw, Malmö Museum in Malmö, Modern Musset in Stockholm, and in private collections all over the world. Marek Piasecki died in 2011 in Lund, Sweden. That year his works were purchased by the New York Museum of Modern Art (MoMA). 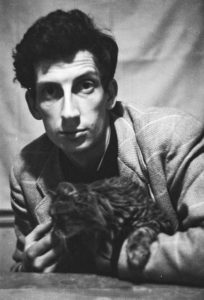