A photographer and author of humorous cartoons and short films.
He graduated from the Direction of Photography Department at Lodz Film School (PWSFTviT). At the early stage of his artistic activity, which the artist himself called the amateur phase, he focused on observing the surrounding reality, mostly taking documentary and reportage photographs. At that time he photographed Poland and places such as his hometown Olsztyn, Warsaw and Lodz, but also those, he visited during his journeys to France, Tunisia and Bulgaria.

This was also the period when he drew a lot; first and foremost humorous cartoons depicting adventures of Mr Belly (Pan Brzuszek) which were published in Świerszczyk, a weekly magazine for children, and brought him significant recognition and several awards.

After 1975 Hermanowicz’s art entered a mature phase and there emerged an individual artistic style spread between conceptual and documentary photography. The direct spur for the artist’s decision to commit himself to photography was receiving the 1st Award (Złocisty Jantar) in the ‘Fotografia mówi’ contest in 1977. The following year he became a member of Association of Polish Art Photographers (ZPAF).

That was also the time when the superimposition of self-composed comments directly on the print – humorous ones, sometimes ironic, for sure witty and incisive, both questioning and challenging the reality – became the hallmark of Hermanowicz’s work.
Another characteristic feature of his style were sets of photographs, series put together according to the planned narration – film editing alike.

In 1982 together with his family he moved to Strasburg in France. Next year he started working for the Ministry of Culture as a photographer within Inventaire général (the project aimed at cataloguing French heritage, initiated and established in 60’s by André Malraux). He worked in Strasburg, Poitiers and since 1990 – in Orlean. Photographs taken within the project enriched the artist’s archives and he considered them the integral part of his artwork.

In the period between 1990 and around 2002 his artistic expression once again altered. That was the time when he started conducting genealogical research on his own family. For this reason he travelled to Lithuania, Belarus and Chile. Photographs found during these journeys, emotional descriptions of his endeavour and stories behind particular pictures resulted in an unaccomplished ultimate project, by the author himself called The Book of Ancestors. Within this Opus Magnum Hermanowicz planned to gather and create a collection of all his findings.

From 2003 on there could be observed another turning point in Hermanowicz’s artwork. He came back to studio photography focusing on portraits, acts and still-life. The artist called this phase ‘A New Stage’ and it became the most personal, almost intimate period in his artistic work.

Mariusz Hermanowicz worked with all photography formats and used digital technologies as well. He wrote several reviews of photo exhibitions in France for „FotoTapeta” magazine (since 1997 on-line), published by Mała Galeria, as well as a very personal and important essay on the French photographer, Pierre Gonnord. Till 2008 he had had 40 solo exhibitions, mainly in Poland, but also in France, Holland, USA, Switzerland, Lithuania, Belarus and Ukraine. Altogether he participated in 44 group exhibitions, i.a. retrospectives of Polish photography of the 20th century, three shows exhibiting photographs from ‘Inventaire général’ (National Library of France, Paris -2004, Olsztyn, – 2004, Orlean – 2008) and other exhibitions in Switzerland, Scotland, France, Poland, Great Britain and USA. 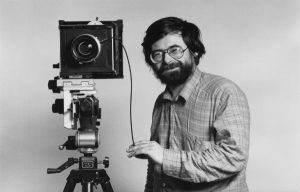