Tadeusz Sumiński was born in Płock County, in a landed gentry family, the fifth and youngest child of Ludomir Sumiński and Zofia nee Tarnowska.   He studied at an elementary school in Płock, then at the Stanisław Małachowski Public Gymnasium there. Displaced by the Germans in 1941, he moved with his mother to the Przybysławice estate in Kielce Province.   In 1943, he moved to Warsaw, where he became a member of ‘Zośka’ Battalion (‘Rudy’ 2nd Company, ‘Felek’ 2nd Platoon) and fought in the Warsaw Uprising. Under the nom de guerre ‘Leszczyc’ (the Sumiński family coat of arms), he took part in heavy fighting in Wola and Old Town, as well as in the successful attack on Gęsiówka Prison. Those experiences were fundamentally formative for him, something he would stress even many years later.   After the war, Sumiński studied at a high school for adults (graduating with a matura in 1946), then at the Warsaw School of Commerce. During his studies, he became Prof Leon Koźmiński’s assistant in the Department of Commodity Trade Economics. In January 1949, like many other ‘Zośka’ members, he was arrested and spent six months in jail. Released, he completed his studies (MA in 1952), but lost the assistant position. He got a job with the Cooperative-Sector Research Institute and then with the Institute of Domestic Trade, but was eventually fired (1953). Official reprisals meant Sumiński was unable to pursue an academic career either, which ultimately contributed to his change of profession.   From 1954 he was employed as a service staff member at the Central Photographical Agency (CAF). He left to work in the film department of a medical publishing house. His first major photographic job was a position at the Institute of Industrial Design, where he served as a photographer and later as head of the photographic studio. In 1958 joined the Union of Polish Artist Photographers (candidate since 1954), where he would remain active for many years. From end-1961 a staff photographer at La Revue Polonaise, the French edition of the Polska monthly, slated for Africa and the Far East (not available in Poland). As part of that job, he photographed industrial sites, diplomatic visits, art and handicraft exhibitions, entertainment and leisure themes, landscapes. He became a member of the Press Photography Club in 1963. His employment with Polska terminated in 1964, though his work would continue to be occasionally featured there. From then on, he operated as a freelancer. In 1964, Sumiński had his first solo exhibition at Warsaw’s Kordegarda Gallery. This was followed by numerous shows in Poland as well as abroad (e.g. Czechoslovakia, Germany). Between 1950 and 1990, Sumiński received several dozen awards in domestic and international photography competitions and numerous distinctions for contributions to the popularisation of photography.   For most of his life, Sumiński was based in Warsaw, but he travelled a lot and many of his photographs were taken in countries such as Italy, Germany, France or Mongolia. In Poland, his favourite region was the north-east (Białostocczyzna, Mazury, Suwalszczyzna).   He began calling himself a landscape photographer early on, and landscape was at the heart of his photographic practice. This preoccupation finds an expression in early works from the 1950s, but it is only in the late 1960s, as the author goes freelance, that it begins to dominate. One of Sumiński’s best-known series is Sky in Landscape, presented in exhibition form in various Polish cities. Many of his landscape shots were published as postcards. Sumiński’s aesthetic position was informed by Bułhak’s style, although the photographer was aware of the limitations of such an approach. As he stated himself in his later years, ‘I consider documentariness to be photography’s greatest value, but I can’t resist the urge to aestheticise’. This struggle with, or move away from, traditional aesthetics was reflected in exhibitions based on more conceptual premises, such as The Anatomy of Landscape (Mała Galeria ZPAF, Warsaw, 1985) or – one of his latest shows – Colour or Black-and-White (Warsaw, Kazimierz Dolny, Nordenhamn, 2005).   Sumiński was the editor of Pamiętniki Żołnierzy Batalionu Zośka [Memoirs of ‘Zośka’ Battalion soldiers], which had many editions. His reminiscences from the period are also in the Warsaw Uprising Museum’s oral history collection. 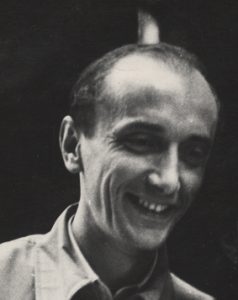