Photographer, graphic artist, painter, sculptor, pioneering video artist. Originator, and founder of Mala Galeria in Warsaw. The exhibition of his works titled Square[Kwadrat] held in October 1977 constituted the official opening of the venue. A years-long member of the Association of Polish Art Photographers (ZPAF) from 1970.

Janusz Bakowski never graduated from any art school and remained a self-taught artist. Electrician by education, he worked in the profession before the outbreak of the World War II. Between 1944-45 Bakowski was imprisoned in the Mauthausen Guzen II camp. Connected with Warsaw through his whole life where he lived and worked, according to Jadwiga Przybylak’s words, “passionately changing tasks to more and more ambitious ones”, in genres more or less related to art, particularly drawing and graphics. Following the war he took a course in masonry in the Studio of Conservation of Monumental Architecture at the Warsaw Academy of Fine Art. Establishing contact with Zbigniew Dlubak proved an important moment for Bakowski’s artistic development. In the years 1969-70 he began his own experiments in the field of photography. At this point Bakowski created a notable portrait series Marek where the print was treated as input material that could be further processed. In 1970 he became interested in analytical art basing the processing of a photographic image on mathematical assumptions.

The logical-mathematical method became a characteristic feature of his whole oeuvre, manifest not only in photography (such series as The Old Town[Stare Miasto], Rose [Roza], Ball[Pilka], 10 footsteps[10 krokow] or Aniamade in the years 1973-1979), but also in painting (Flower Vase [Wazon z kwiatami], 1980), and sculpture (Stas, 1994-1997).

Bakowski examined problems relating to the perception of the reality. He developed logical systems of dividing prints and their subsequent montage, which, in effect, led to exceptional photographic patterns. Long and meticulous production process remain another distinctive feature of Bakowski’s works – consisting in cutting prints by hand and using them to form large surfaces. In his painterly works Bakowski developed a multiplication technique according to methods based on structuralism.

Video commentaries and experimental works constituted a separate field of the artist’s activity. He left behind over 1000 hours of video materials capturing the everyday life of New York (in the years 1988-89) and Warsaw, documenting meetings of artistic circles. He also realized a number of experimental films with the use of his own technique.

At the turn of 2005/2006, a posthumous monographic exhibition took place in the Warsaw Teatr Wytwornia featuring the majority of the preserved works by the artist. 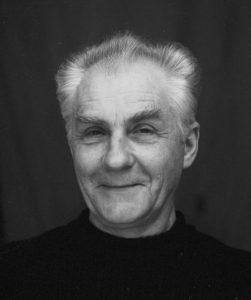