The aim of this publication is to draw attention to the documentary oeuvre of Marek Piasecki (1935-2011), artist, graphic designer, author of installations, heliographs and miniatures, member of the Second Krakow Group. The book comprises a selection of 150 photographs, based on Piasecki’s archive of negatives digitized by the Archeology of Photography Foundation since 2016. While some of the images within the selection are his well-known photojournalistic photographs, the majority are previously unpublished images.

Over the last decade or so, several important studies on various aspects of Piasecki’s oeuvre have been published in Poland. Whilst a lot of texts and exhibitions focused on heliographs, miniatures, and photographs of dolls, Piasecki’s documentary work enjoyed a special place only in a few of them, which – to some extent – reflects its secondary role in the author’s oeuvre and remains in line with how he perceived it himself.

The book Inwards not only aims at bridging this gap but also aspires to change the way this part of Piasecki’s oeuvre is perceived, grant it the status equal to the experimental practices he used to undertake. It also constitutes a summary of four years of work on the artist’s archive at the Archeology of Photography Foundation. By the end of 2020, we have digitized 4,500 of Piasecki’s negatives and made them accessible at the Virtual Museum of Photography website. Another 3,000 photographs can be studied at the Foundation headquarters. After Marek Piasecki. Anaklasis (2018), this monograph is the second book on the subject published by the Archeology of Photograph Foundation, and the first one widely presenting Piasecki’s documentary oeuvre.

Works on the photographer’s archive carried out by the Foundation have been reflected in the layout and design of the book. On Piasecki’s negatives subsequent frames depict truly diverse topics as if the camera had constantly accompanied the artist, something that was confirmed by the photographer’s wife, Joanna Turowicz-Piasecka. This impression, however, has been conveyed by the arrangement of the book, which departs from the strict divisions into particular themes, and instead, focuses on the repetitive ‘ordinary’ motifs: windows, roofs, views from above, portraits of the artist’s wife, self-portraits, walls, scraps of landscapes, animals returning like refrains in the author’s artistic work. The central place of this composition is given to the artist’s atelier, a vivid microcosmos of crates, boxes, shelves, drawers, photographs, and other items, the space, in which the artist created not only photographs and graphic works but also installations.

Piasecki definitely goes beyond the limits of ‘documenting’ as such, and his works elude the simplified classifications. Following the term of ‘outdoor photography’ introduced by Karolina Ziembińska-Lewandowska in the catalogue accompanying the exhibition of the artist’s works presented at Zachęta – National Gallery of Art in Warsaw (2008, curated by Joanna Kordjak), and this way, she put the emphasis on the fact that Piasecki’s works have always functioned in the liminal areas. Following this notion, in the selection of images for this book, we juxtapose the ‘outdoor’ and ‘indoor’ photographs, those taken in the street and those documenting the artist’s atelier, as well as studio portraits, and photographs of theatre performances. But does the division into ‘outdoor’ and ‘indoor’ photography really work in the context of Piasecki’s oeuvre? Can we – with utmost confidence – describe the narrow frames depicting walls riddled with holes, the views into yards photographed from window slits, or the close, claustrophobic takes as ‘outdoor photographs’?

The selection of photographs has been complemented by two essays. The article by Agnieszka Rayss, the co-editor of the book, focuses on Piasecki’s work for periodicals and magazines and analyses his photographs in the context of the history of photography from the 1950s and the 1960s. Tomasz Szerszeń dedicated his essay to the photographer’s biography as well as the interpretation of his works. He also gave voice to witnesses who knew Piasecki at the time when particular photos were taken.

Digitization of the photographs from Marek Piasecki’s archive co-financed from the Fund for the Promotion of Culture of the Polish Ministry of Culture and National Heritage.

The project was co-financed from the Fund for the Promotion of Culture of the Polish Ministry of Culture and National Heritage. 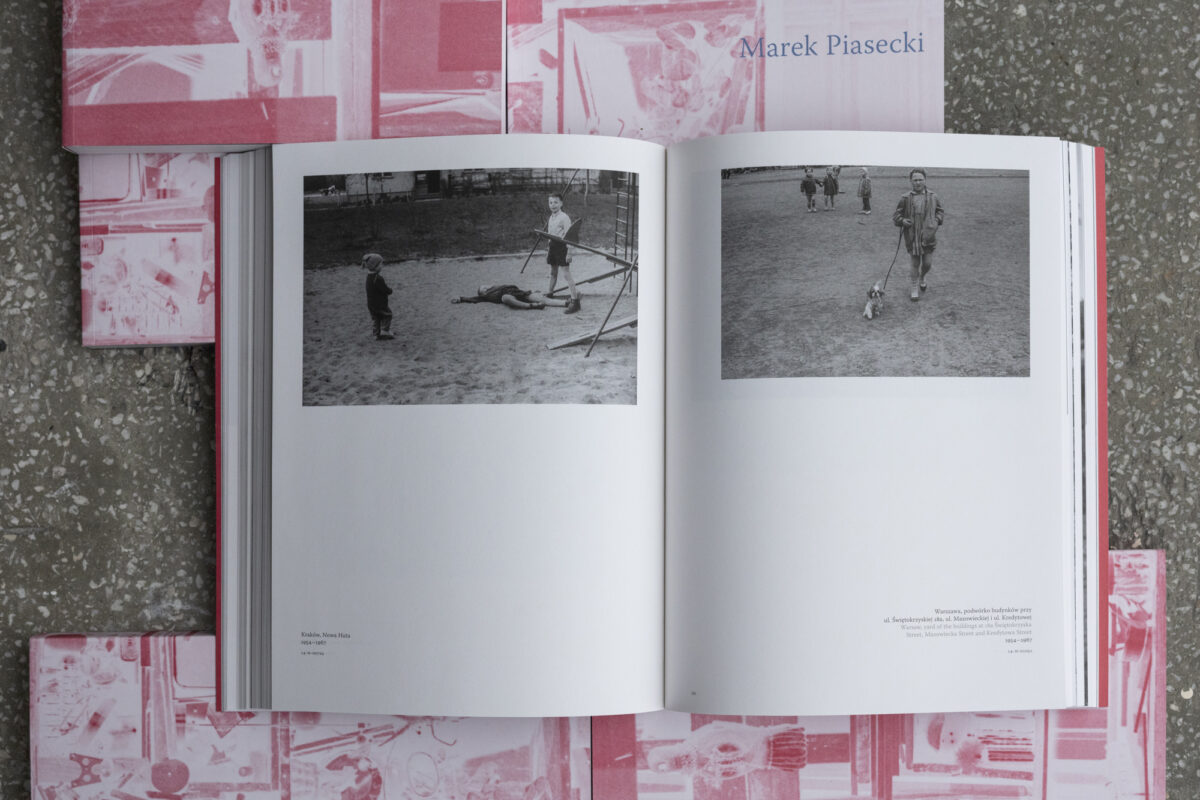