We invite you to the opening of the exhibition Albom.pl, which takes place on the January 8 (Thursday) at 7pm. The photographs, over fifty of which are presented at the show, have been collected during a 2014 research tour across seven towns: Kleszczele and Gródek in Poland, and Sapotskin, Lunna, Voupa, Vawkavysk, and Kamenets-Litovsk in Belarus. Photographers and historians from both countries took part in it. During this trip to the borderland, nearly two thousand archival photographs from seventy private collections were digitized, eight hundred of which have been uploaded to the page www.albom.pl. Visits to private homes were accompanied by conversations, browsing through the family photographs, and reminiscences of the past. The project also managed to revive the memory about several local photographs. The negatives of Jerzy Kostko, found in the attic of his house in Kleszczele, are considered the project’s greatest discovery. The neighbours were convinced that his entire archive had been trashed. Kostko documented his town throughout fifty years. His studio was visited by everyone who lived in Kleszczele at the time – these portraits of residents form part of the show. Visitors to the exhibition will also be able to see photographs by other country photographers.
The effects of the project have been compiled in the photo book albom.pl, which will be available for purchase at the Foundation.
The exhibition was prepared by the WIDOK Association for Cultural Education. The research tour was organized as part of the project A Photographic Archaeological Expedition to the Polish-Belarusian Borderland, and financed by the Polish Ministry of Foreign Affairs. 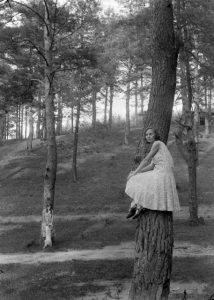