Katarzyna Mirczak made a strong debut on the photographic scene with her series Special Signs, presented at Paris Photo in 2010 by the London gallerist Eric Franck (Eric Franck Fine Art). Although Special Signs was never exhibited in Poland, the work was noticed by local critics (and discussed in Art&Business and Obieg, amongst others). ether, an exhibition that premiers at Warsaw’s Archeology of Photography Foundation, offers a Polish audience an occasion to explore the work of Katarzyna Mirczak.

ether consists of two key sections. The first is Tools of Crime, a photographic series characterized by the same formal rigor recognizable in Special Signs. The second is an installation based on almost two-years of research and queries carried out by the artist in the Departments of Forensic Medicine in Kraków and Wrocław. If her contemporary photographs of murder weapons are a variation on the classic motif of still life, then the original installation brings to mind the performative practices of artists connected with the Foundation who have been successfully “enlivening the archives” during the course of the last two years. In the case of Katarzyna Mirczak, an archeologist by education, we are dealing with an archival practice which—by no means metaphorically—touches on the taboo of death. “ether is a catalog of ways, a registry of dying”—says the artist. I wanted to classify all of this, assign numbers, tame it, catch some kind of repetition or chorus red-handed. But nothing is repeated here. There are no rules. A girl leaves home taking her grandmother’s dress and uses it to hang herself in the woods. Someone dies suddenly on the street, as if on the way somewhere. Photographs and archive material featured in the exhibition are voices in a discussion on the function of images of death in visual culture. I feel responsibility on many levels—says Mirczak, commenting on the moral issues related to the exhibition. I work with two major collections. The photographs I will show in the exhibition are just a fraction of a whole which was divided into groups according to the classification methods used in forensic medicine: death by natural causes, cut wounds, stab wounds, etc. In each of these sections photographs were selected in a way that also bestows them with historical value, for instance, with respect to the methodology of photographing; on the other hand, together they constitute a single whole. The new works by Mirczak presented in ether follow-up as well as expand on the artist’s practice—and are also an exceptionally strong closing statement in the “enlivening archives” program pursued by the Foundation.
The exhibition is accompanied by a publication featuring a conversation between the artist and Adam Mazur, an essay by Iwona Kurz, and a selection of over 90 photographs. Designed by Maja Kaszkur.

Co-founding: The Ministry of Culture and National Heritage.

The space at 13 Andersa St. has been made available to the Archeology of Photography Foundation for cultural activities with the assistance of the Office of the Śródmieście District of Warsaw.

Photograph from the archive of the Chair and Department of Forensic Medicine, Jagiellonian University Medical College
photograph: Katarzyna Mirczak, from the series Tools of Crime, 2012 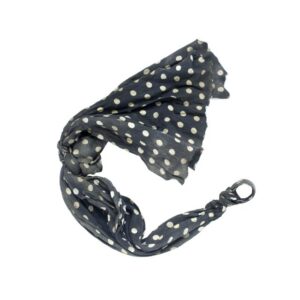