The exhibition From Photographer’s Notebook, presenting Tadeusz Sumiński’s works, is a subjective selection of photography notes from journeys. The oldest photographs were taken during trips to Italy and Spain in 1957 when the author had just started working as a photographer and had been freshly accepted as a member of the Association of Polish Art Photographers (ZPAF). Other works come from the 1960s when Sumiński was employed as a full-time photojournalist in Polska monthly magazine aimed at African and Asian countries and started working intensively in this field. At that time, he realized various photography projects, among which the predominant theme remained industrial photography. Due to his position in the magazine, he travelled to Guinea, Nigeria, and Morocco in 1962; then he would also visit Mongolia (1966) where he took some of his favorite photographs, he kept including in his portfolio in the subsequent years. The trip to Greece, on the other hand, resulted in a photo album dedicated to Acropolis, illustrated by Edward Hartwig and complemented by a text written by Professor Kazimierz Michałowski (Arkady, 1964). The latest photographs presented within the exhibition originate in the mid-1970s when Sumiński already functioned as an independent photographer and specialized in landscape photography.

Snapshot photographs from journeys might be located on the verge of private pictures and the commissioned images. The author focuses on the apparently insignificant details, follows the rhythms, and at times his attention is drawn to beautiful landscapes. All the works are characteristic for their strive for perfection, both composition-wise and on the technical level. The original, authorial prints enchant with their depth and quality. The selection of photographs presented on the exhibition constitutes an important link between the early street photography and the later landscape photographs, combining the lightness of the former and the precision of frame of the latter which soon became a hallmark of Sumiński’s work.

The exhibition has been organized on the 10th anniversary of the photographer’s death. 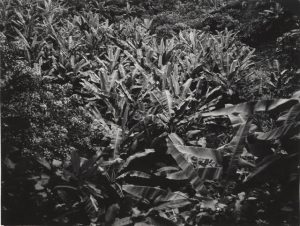