The end of the project of digitization of Chometowska prints

At the end of November 2016 the project of digitization of photo prints from Zofia Chomętowska’s collection and rendering them accessible was closed. 89.41% of its cost was co-financed by The Main Directorate for National Archives.
The purpose of the project was to index and render accessible 2800 photos, mostly dated back to 1928-1946, taken in Polesie, Warsaw or other Polish cities. The whole collection has been digitalized and carefully described. Some of the most interesting images include photo-documentation of destroyed Warsaw, pre-war Poland palaces, photos taken in Zakopane in the years 1938-1939.

Chomętowska’s personal photos, taken during a journey around pre-war Europe and Tunesia, the earliest of which date back to the second decade of the 20th century, form a separate collection. Many of these photos are the only existing images documenting the architecture destroyed during the Second World War.
Thanks to this project 99% of Chomętowska’s archives have been published online.

All prints have been shared on-line. We invite you to explore the Internet database! 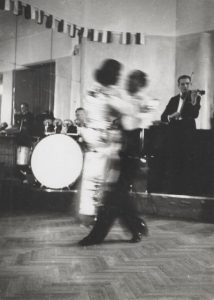