Wojciech Zamecznik. Home on My Mind

The Archaeology of Photography Foundation has produced a film based on tapes from the archive of outstanding graphic artist and designer, Wojciech Zamecznik, edited by director and cinematographer Adam Palenta.
Discovered years later, amateur films from the People’s Poland era (1945-1989) captivate the viewer with their form and unique sense of humour. Seldom, however, do they show life outside the public sphere; under real socialism, especially in the early period, the film camera was hardly available for private users. From this point of view, the films from the years 1949-1966 discovered in the archive of graphic artist Wojciech Zamecznik constitute highly valuable material, in both aesthetic and documentary terms.

The previously never screened black-and-white and colour films shot by Zamecznik on 16 mm and 8 mm tape show his wife, adolescent sons, his beloved dog Figa, as well as relatives and friends, e.g. his brother Stanisław Zamecznik, or the painter and graphic artist Maurycy Stryjecki. We follow scenes at Zamecznik’s home, family holidays, and foreign trips. This is amateur format in the hands of a professional graphic artist well acquainted with film technique and aesthetics: the family scenes had been carefully selected and edited by the author, making them seem less random.

Among the discovered tapes are also animated films and experimental footage created in Zamecznik’s studio at the Warsaw Academy of Fine Arts’ Faculty of Graphic Arts for the purposes of other projects.

In his film, Adam Palenta uses a selection from over three hours of Wojciech Zamecznik’s footage digitalised by the APF in 2012 under the Digital Heritage programme. Documentary scenes alternate with graphic artworks and experimental materials, shown here in unchanged form. The interesting images are accompanied by music composed by Marcin Masecki.

Home on My Mind will be screened alongside another APF production, Zofia Chomętowska’s (I’m) Moviemaking, at Kino Kultura on 22 and 29 May (Wednesday) at 9 p.m. This is a unique opportunity to see two films from the APF archive.

Authors of Home on My Mind
Wojciech Zamecznik

Adam Palenta Cinematographer and film director, graduate of Silesian University’s Faculty of Radio and Television, the Poznań Academy of Fine Arts, and the DOK PRO documentary programme at the Wajda Film School in Warsaw. Fellow of the Ministry of Culture and National Heritage’s Young Poland programme (2010). Winner of numerous awards and honorary mentions, including for cinematography for the feature short Don’t Be Afraid of the Dark Room. His directorial debut, the documentary Freestyle Life, produced by Munk Studio as part of the First Documentary programme, won acclaim at festivals in Poland and abroad.

Home on My Mind premiered at Warsaw’s Kino Kultura on 21 May 2013. After the screening, a panel discussion took place featuring Adam Palenta, Juliusz Zamecznik, and Agnieszka Szewczyk, moderated by Anna Theiss. 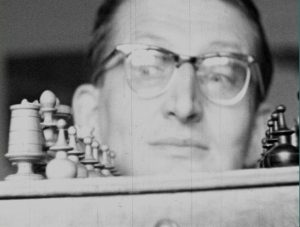