You is a young female or a young male. Me is a young male or a young female. Things is the world that surrounds them, and of which they dream. Things describe and define them. They make them happy and ensnare them. They let them dream, but also deprive them of their dreams. Things are the third element in the love game between You and Me—a game that takes place in the interiors of modern homes and on the pages of modern magazines…
Ty i Ja (You and Me), was a magazine published in Poland between 1960 and 1971 that promoted a modern, Western way of life. In the deepest days of the People’s Republic of Poland, this magazine reprinted photographs by Avedon, Newton, Sieff and Bourdin, presented fashion and interior design novelties straight from Paris and New York, and offered a glimpse of a modern world inhabited by beautiful people and beautiful things. Things is a novel by Georges Perec from 1965, a true “1960s story.” It is a tale of a young female and a young male, a couple whose dreams and desires are determined by their urge to possess an ever-growing amount of objects: beautiful, modern, ubiquitous, yet usually out of their reach. These things become an object of an almost sexual desire—a desire that leaves one burnt out and devastated.
The world featured in You and Me was out of reach for most readers—it was a utopia, a vision of a better, more beautiful and modern reality. The world presented in Things was within reach for Western readers, often separated by nothing more than a shop window. It consisted of an ensnaring excess which awakened an insatiable desire—not without reason Perec’s book came to be considered one of the first voices criticizing the consumer society and materialism of Western culture. A dream of things, and the hell of things were brought together in this work.
Today, You and Me captivates with its sophisticated layout, brilliant shots by Polish photographers (among them Zbigniew Dłubak, Eustachy Kossakowski, Tadeusz Rolke), and reprints of pictures by celebrated foreign photographers. It is a must read for all enthusiasts of culture, fashion, and design of the 1960s. At the same time, it is difficult not to notice its overtly consumerist character—with countless photographs of things, apartments, clothing, and objectified women posed as models…
The magazine You and Me, Things by Georges Perec, and the portrait of Twiggy—the icon of the 1960s—taken by Richard Avedon (from a 1967 shoot for Vogue which was reprinted in You and Me), constitute the material for this narrative. A narrative woven from, among other things, fragments of shots by photographers working for You and Me (quite often celebrated figures).
Tomasz Szerszeń (born 1981) is a photographer and cultural anthropologist. A graduate of the National Film, Television and Theatre School in Łódź and Inter-faculty Individual Studies in the Humanities at the University of Warsaw, recently granted a Ph.D. degree in Humanities. A member of the editorial board of the quarterly Konteksty. In 2010, Galeria Wymiany in Łódź presented his exhibition I Was the First Polish Surrealist. Works From the Years 1929-39. Recently Szerszeń participated in such exhibitions as: Photo-design 2. (City). Mass. Machine. (Asymetria Gallery, Warsaw 2012); The Coming Something. Architecture of the 21st Century (National Library, Warsaw 2011); Street Photography Here and Now (Gallery of the Museum of Printing in Warsaw, Warsaw 2011).
The Living Archives Project is financed by the Ministry of Culture and National Heritage of the Republic of Poland. 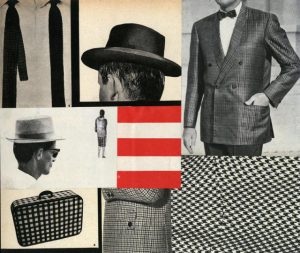