The series of black-and-white photographs taken between 1968 and 1979, shows the same location from the time before the construction of the Lazienkowska expressway, the development of the thoroughfare, and the first years following its opening, including the historical events which took place there, such as motorcades of Leonid Brezhnev or the Pope John Paul II.
More photographs

Opening: November 14, 6 p.m.
The exhibition runs from Nov. 15thuntil Nov. 21st, 2010
Venue: Former apartment of Mariusz Hermanowicz
Al. Armii Ludowej 13, apt. 23, 4th floor
Entry: 5 zł
Opening hours: 3 – 7 p.m.
Mariusz Hermanowicz graduated from the Department of Cinematography of the Lodz Film School in 1974. He was a member of the Association of Polish Art Photographers from 1978. In 1982 he moved to France where he worked as photographer for the Ministry of Culture until his death in 2008. Throughout the time, Mariusz Hermanowicz pursued his photographic practice, exhibiting works in Poland, France as well as other countries.

The exhibition was made possible by the FotoRejestr project, generously supported by Iceland, Liechtenstein and Norway through the EEA Grants and the Norwegian Financial Mechanism. 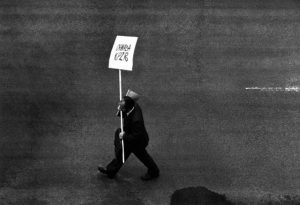