Mariusz Hermanowicz, The Battlefield / exhibitionAnna Molska, PHOTOGRAPHS (LOOK WHAT I FOUND HERE) / video During this year’s edition of the Warsaw Gallery Weekend, Archaeology of Photography Foundation offers the first presentation of Mariusz Hermanowicz’s archive, whose research commenced at the beginning of 2015. This premiere presentation will include an individual exhibition of the artist’s works and a video piece by Anna Molska. The starting point of the exhibition is a rigorous observation of the clash of nature and culture, investigated by the photographer from a variety of perspectives. Anna Molska’s video makes a direct reference to Hermanowicz’s oeuvre. The unique style of Mariusz Hermanowicz (1950-2008), whose works have made their place permanently in the history of Polish photography, spans between conceptual and documentary photography. Hermanowicz belongs to a group of creators whose artistic biography was significantly influenced by their decision to leave the country. Observation of reality from an emigrant’s point of view is ever so slightly noticeable in, among others, the series produced in the 1980s, out of which three complete cycles, and sketches for another one, will be presented at the exhibition. All of them can be treated as a reflection on two opposing forces: nature and culture, although their interpretations can also reach much further. The display of artist’s large format prints and small-scale contact prints is supplemented by a slide projection of scans from colour diapositives acting as sketches to the series From the Battlefield. When launching the works on Hermanowicz’s collection, we invited Anna Molska (b.1983), a visual artist, working predominantly in film, to collabote. The archive acted as an inspiration in the production of the video piece PHOTOGRAPHS (LOOK WHAT I FOUND HERE). The artist selected the colour diapositives from the archive and placed them outdoors, thus providing them with a new context. “I am under the impression that Hermanowicz liked to explain and describe everything – Molska writes – he created his own interpretations for the photographs, often imposing a literary form on them. I decided to do something completely opposite.”More information >>>www.faf.org.plwww.warsawgalleryweekend.plEXHIBITION I Mariusz Hermanowicz, THE BATTLEFIELDArchaeology of Photography Foundation13 Andersa St, WarsawExhibition open 25.09 – 30.10.2015 opening hours between 25 – 27.09 (WGW)25.09: 5 – 9pm26 – 27.09 (Sat, Sun): 12 – 7pmopening hours between 28.09 – 30.10Mon, Thu, Fri: 11am – 5pm
Tue, Wed: 11am – 7pm VIDEO I Anna Molska, PHOTOGRAPHS (LOOK WHAT I FOUND HERE)26 Rakowiecka St., next to the Pole Mokotowskie underground station25 – 27.09.2015, 6 – 8pm concept and direction: Anna Molska
DOP: Wojciech Suleżycki
sound: Mateusz Adamczyk
music: Marcin Masecki
postproduction: Jan Duda  The film features a recording of Marcin Masecki’s concert Fugue for Two Pianos organized by the Museum of Modern Art in Warsaw, as part of the Cut project, conducted by the Mazovia Region Centre of Culture and Art in Szydłowiec and its surroundings, as well as in the Dudziarska Street area in Warsaw.  The production of Anna Molska’s project was co-financed by the Mokotów District Office, Warsaw.
Research and maintenance of Mariusz Hermanowicz’s archive is co-financed by the Ministry of Culture and National Heritage. 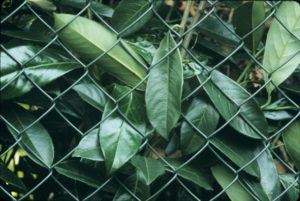