We are pleased to announce a promotional event for the photo-book Zofia Chomętowska. Polesie. Photographs from 1925-1939, which will take place at Klub/Księgarnia Wrzenie Świata, Gałczyńskiego Street 7, on Wednesday, 12 October, at 19.00. Participants will include Karolina Breguła (artist, photographer, author of the Corrective Photographs project), Adam Mazur (photography critic and historian), Karolina Puchała-Rojek (photography historian, the book’s editor). The meeting is organised by the Archaeology of Photography Foundation and Instytut Reportażu.

Zofia Chomętowska. Polesie, published by the APF, is the first major presentation of one of the most important Polish women photographers of the first half of the 20th century. The book, with over two hundred photographs, most of them never published before, and essays by Ewa Klekot, Wojciech Śleszyński, and Karolina Puchała-Rojek, is an attempt both to verify Chomętowska’s early work as well as to redefine the prewar photography of Polesie and, more broadly, the Second Polish Republic’s eastern borderlands.
Photographing the life of Polesie from a personal perspective, marked by her class background and individual experience, Zofia Chomętowska emerges in the book as a reporter of daily life, fully revealing her talent in photographs never published before.
The publication is co-funded by the Ministry of Culture and National Heritage and accompanies the exhibition Zofia Chomętowska. Between Frames. Photographs 1925-1945, organised as part of the cultural program of the Polish Presidency in the EU, at the National Museum of History and Culture of Belarus in Minsk, in association with the Polish Institute in Minsk.
The book has been published in two language versions: Polish-Belarusian and Polish-English, to the design of Ania Nałęcka, in hardcover, 272 pages, with 204 illustrations.
Participants of the book’s launch event will include Karolina Breguła, artist, whose most recent work was based on Chomętowska’s archive, Adam Mazur, photography critic and historian, and Karolina Puchała-Rojek, photography historian and the book’s editor. Among the topics they will discuss will be the entrenched one-sided image of prewar Poland’s eastern provinces, known as the ‘Kresy’, but also 1920s reportage photography and the treasures hidden in photographic archives.
The publication wouldn’t have been possible without the support of photographers who had donated their works to the FotoSprint 2010 project. The full list of donors can be found in the book and on the Foundation’s website.
Project realised as part of the program of the Polish Presidency in the EU.
Co-funded by the Ministry of Culture and National Heritage. 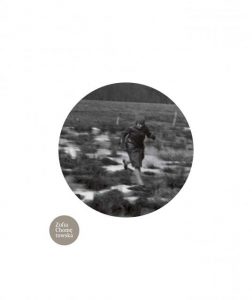